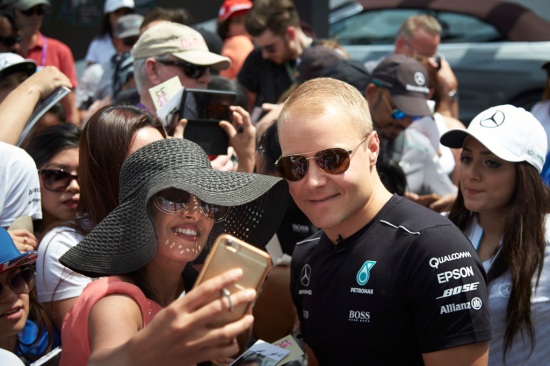 A cracking lap and a few mistakes by Hamilton and Valtteri Bottas is on pole – his first ever in Formula One – for tomorrow’s Bahrain Grand Prix.

Hamilton was ahead by 0.052 secs after the first laps in the top 10 shootout but appeared to have a scrappy final lap, allowing Bottas to edge ahead.

It was Mercedes’ first front-row lock-out of 2017, with Ferrari’s Sebastian Vettel in third 0.478 secs off the pace. Red Bull’s Daniel Ricciardo took fourth ahead of Ferrari’s Kimi Raikkonen.