Hello. Thanks for looking me up. 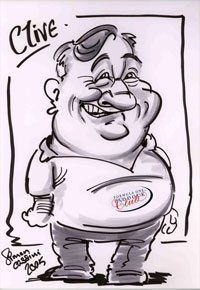 The full SP can be found here but, in a nutshell, I’ve been a journalist for 40 years covering just about everything, including IT, science, medicine and Formula One motor racing (see Formula One: Made in Britain).

I’ve been freelance – running my own business serving radio, tv, print and online – then enjoyed a spell working for the European Union, PR and marcoms agencies.

Edited UK’s leading computer magazine – Which Computer?, web site – uk.internet.com, and launched the first business tv channel for the IT and telecoms industry – The Computer Channel.

Who Works in Formula One 2020 – I’ve been featured since 1998. In this latest edition I’m tucked away on page 730 (which indicates how Francois-Michel Gregoire’s tome has grown over the years), bottom left, alongside a certain Mr David Coulthard whose chiselled good looks clearly outshine my own, shall we say ‘plumper’ visage.

Written about most of the major computing, health and scientific developments of the current era. These include the launch of the first personal computer, the emergence of alternative medicine, and the use of new materials. I’ve also covered the technology and business of Formula One motor racing since the early 1980s.

Where has the time gone?

With the advent of social media I can now bore the world with my ravings, even more so now I’ve been group editing AV (audio visual) Magazine (F1) and Electronics Weekly (Fe).