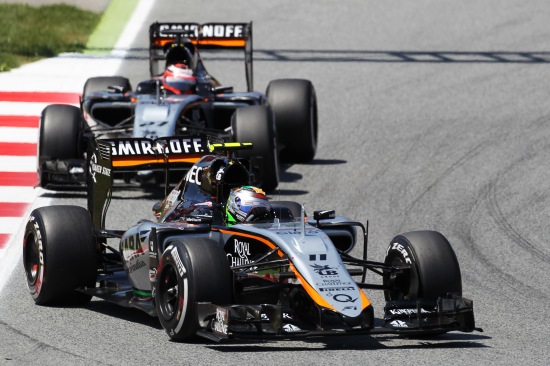 P13 Sergio Perez VJM08-02
Strategy: New Mediums (19 laps) – New Hards (17 laps) – New Mediums (29 laps):
“Considering where I qualified, we probably maximised our race today. Maybe a three-stop strategy would have been a little bit better, but it wouldn’t have made much difference in the end. My last stint was really on the limit – nearly 30 laps on the same set of mediums – but we managed them well and I was able to control Ericsson who was putting pressure on me. Once again we showed today that our car is more suited to Sundays, so if we can improve our qualifying pace we can definitely fight for points at the next few races.”

P15 Nico Hulkenberg VJM08-01
Strategy: New Mediums (10 laps) – Used Mediums (16 laps) – New Mediums (23 laps) – New Hards (16 laps):
“It was always going to be difficult to score points today, especially on a track where it’s so difficult to overtake. I was always stuck behind other cars and, even with better pace, you lose too much performance running in the dirty air. My three-stop race was the more aggressive approach, but we didn’t have the track position to make the most of it. Maybe things would have worked out better if I had run in some clean air, but points were too far away today. Hopefully we can be more competitive in Monaco. It’s often an unusual race and we will have completely different tyre compounds, which should suit us better.”

Robert Fernley, Deputy Team Principal:
“I think we can be content with today’s race despite finishing outside the points. Our pace was more convincing than our qualifying performance, which allowed us to battle against the Saubers and McLarens, but anything more was just outside our reach. We chose early on to split the strategies so that we had the opportunity to make the most of any unexpected developments, but as the race was fairly uneventful, both drivers ended up pretty much in the same place. The main regret is the amount of time Nico lost behind Maldonado in the middle of the race, which again proved how difficult it is to overtake here – even with a tyre advantage and DRS. Looking at the championship table, we are only eight points adrift of fifth place, and we are now one step closer to our big upgrade package, which is encouraging for everyone in the team.” 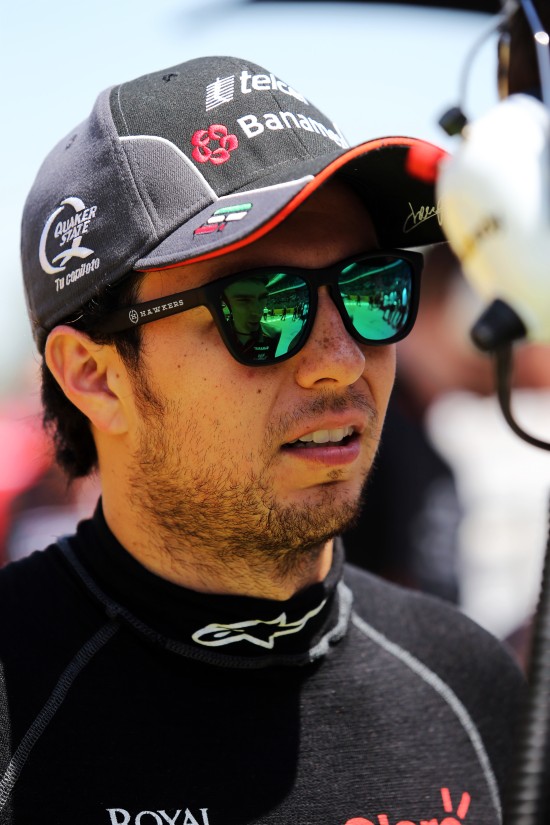 Sergio Perez on the grid. 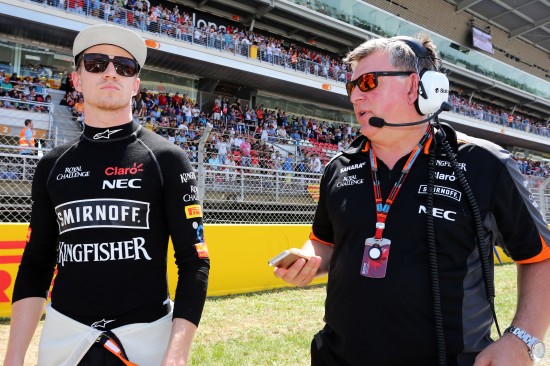 Sergio Perez with yet another interview on the grid.