For the third day running, yet more images of the Korea International Circuit. This time, it’s a lot of very worried looking officials walking down the tarmac rather sheepishly, and shaking hands. The body language speaks volumes: 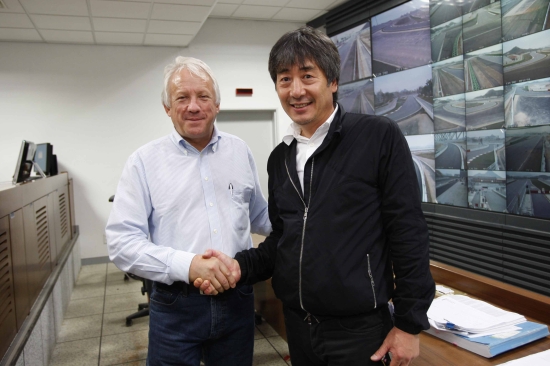 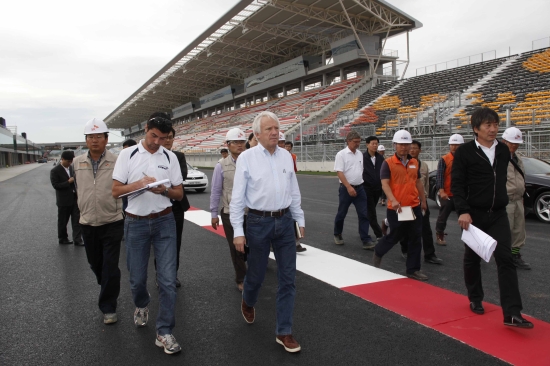 FIA Formula One Race Director and Safety Delegate Charlie Whiting has carried out a site inspection and approved all the facilities.  Not surprisingly, the green light was welcomed by promoter, the Korea Auto Valley Operation (KAVO).

“We are delighted that all works are now finished to the complete satisfaction of the FIA, and we join the whole of Korea in welcoming the Formula 1 fraternity to the Korea International Circuit for the first time.”

The event has the full backing of South Korea’s Central Government, as well as the Government of South Jeolla Province, where the circuit is located, and its Governor Park Jun-yeong.

The Korea International Circuit is designed as a dual structure: the 5.615km Formula 1 track, which will include elements of a street circuit and has a 1.2km straight, and a shorter, permanent circuit of 3.045km.

The track was designed by Hermann Tilke, and incorporates local elements such as the roof of the main grandstand which resembles the eaves of traditional Korean ‘hanok’ houses. A total of 130,000 spectators will be accommodated at the circuit, with 16,000 seats in the main grandstand. 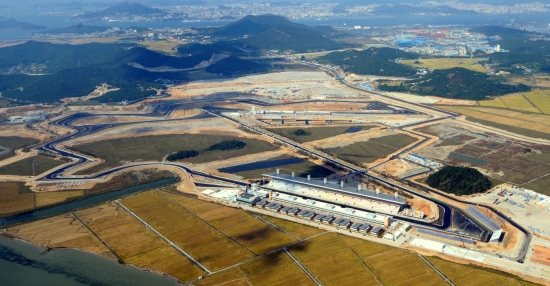 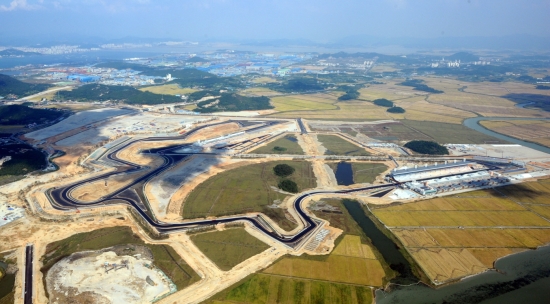 Still looks like a building site to me. Not enough spectator areas either. And will the track surface settle before the race at the end of next week?

Just in case you were wondering whether the Korean GP is a goer or not for the 24 October, here are two circuit snaps that have just been sent to me. They were taken on 8 October: 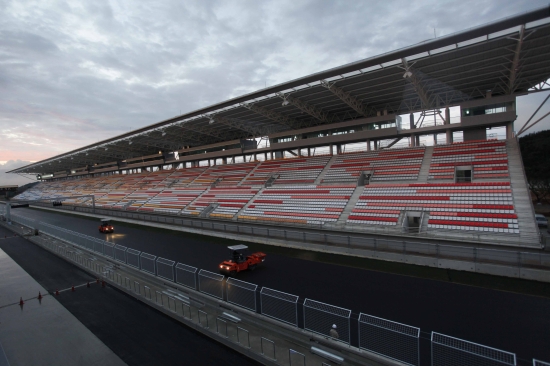 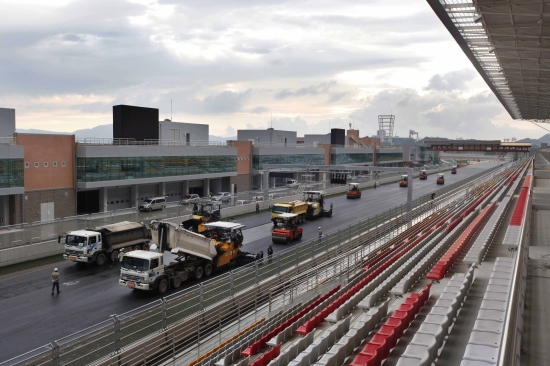 Let’s see what the FIA inspection reveals in the next few days.