Have been reading extracts from David Kynaston’s ‘Family Britain 1951-57’ (published by Bloomsbury). Perhaps my children should read it.

For years I’ve been painting a picture of a long-gone era of respect, Spitfire kits and dolly mixtures. But no-one believed it to be true. Now Mr Kynaston has come to the rescue. It’s a bit ‘Just William’:

“We played in the street with our friends and were safe; we climbed trees, skinned our knees and ripped our clothes, got into fights and nobody sued anybody. Sweets were a treat, not part of lunch. We got a clip round the ear when we had been naughty, and Mum gave us a teaspoon of malt and cod liver oil before school.”

As well as the reference to sweets, I particularly liked:

“We were allowed to answer the phone on our birthday as a special treat.” 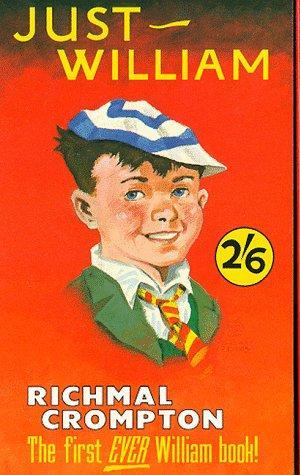 In fact, I guffawed at that one. Imagine today’s little darlings doing without their mobiles. What Kynaston identified were wartime values which were still very strong, even in the 1960s. As were respectability and trust.

Contrast this with The Sunday Telegraph’s excellent leader of 8 November which shows how far we’ve sunk. It lays the sacrifices of both World Wars against the behaviour of today’s politicians, and the public’s belief in the integrity of the political process which has been greatly damaged by this Government:

“The contempt for ordinary voters, and so for democracy itself, shown by the failure to call a referendum has many to doubt whether the present Government can be trusted with any important decision at all.

“The scandal over MPs’ expenses has had a similar effect, for it has created the impression that whatever they say about their devotion to ‘public service’, MPs’ highest priority is actually their own private gain. While the party leaders have insisted that all of Sir Christopher Kelly’s proposed reforms to the system of allowances and expenses must be adopted, the reluctance of MPs themselves to embrace those reforms has reinforced that pernicious impression.

“This is extremely dangerous, for it strikes at the heart of the trust that we, as people, must have in our representatives if our system of government is to work.

“If we come to believe that our MPs are working not for us but for themselves then we cannot trust them to choose what is best for the country.

“As the trust on which our democratic system depends continues to evaporate, that democracy becomes ever harder to sustain. And if it falters, the sacrifices made to preserve it in the wars of the last century will have been in vain. On Remembrance Sunday, that is certainly something sobering to remember.”