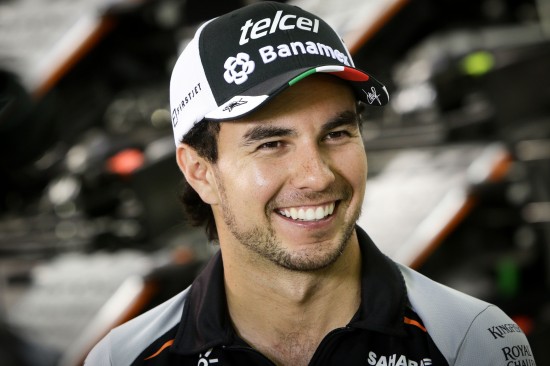 Sergio Perez: “I’m pleased to confirm that I will be racing with Sahara Force India in 2017 as the team and my supporters have concluded their agreements.

“I’m very happy with this team and I have a good feeling for the future. I’ve seen the progress we’ve made over last couple of years and I’m sure we have the potential to achieve even more going forward. The team knows me well and it’s important to have stability, especially with some big rule changes planned for next year.

“I’m excited for the rest of this season and for the challenge that awaits all of us in 2017. I thank all the team for believing in me and I will do my best repay their faith with points, podiums and hopefully wins. I also want to thank our Mexican partners, especially Telmex and Telcel, who have been supporting me since I was a young boy. They continue to play an important role in my journey through the sport.”

Sergio Perez: “It was a solid race for us today, but I think we were a bit unlucky with the way the race unfolded. At the start, things looked very positive: I had a good launch, stuck to the inside line and was up to third after turn one. There were some very quick cars behind me and I knew there was no point in fighting too hard and destroying my tyres.

“The key moment of my race was the first virtual safety car because it handed a big advantage to those who were able to start on the medium tyres, and dropped me down the order when I pitted. To recover back to sixth place was a good effort and we know that every point will count in the fight to finish fourth in the constructors’ championship. I don’t think we made any wrong decisions today, but it was just that the circumstances played more against us and into the hands of others.”

Nico Hülkenberg: “Finishing eighth is a reasonable result, given the circumstances of the race. It was quite a tough afternoon: I made a very good start, but coming to turn one I had to avoid the accident between Rosberg and Vettel and that cost me two positions. Being stuck behind Jenson (Button) cost me a lot of time in the first two stints and I just couldn’t overtake him.

“Losing the track position so early on made it very difficult to finish higher up, despite the speed we had in the car today. I believe our strategy was the correct one for our race, but it’s very hard to overtake here and it just didn’t play out in our favour. All in all, we can be happy about putting two cars inside the points; we have increased our advantage a little and it should help us in what is going to be a very interesting end of the season.” 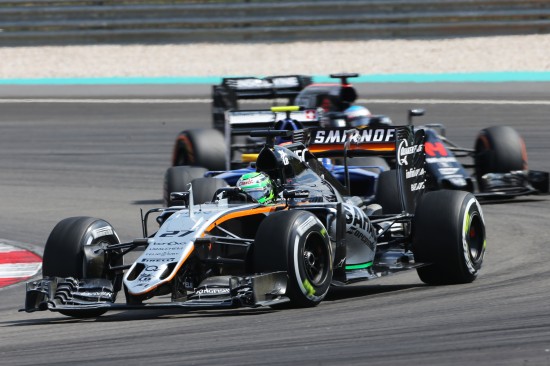