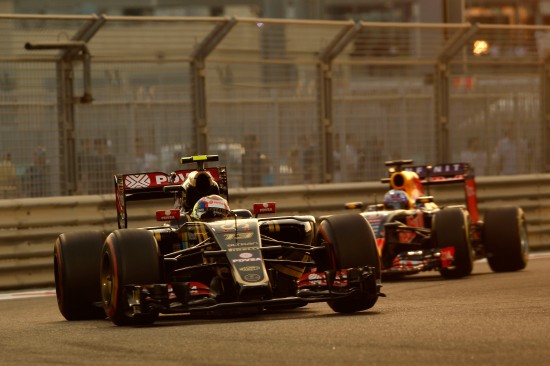 Pastor Maldonado (and below) 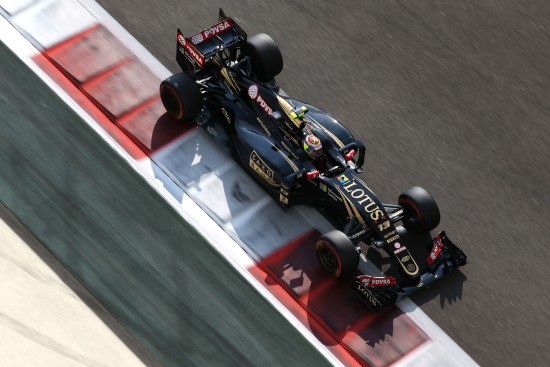 Romain Grosjean gave an emphatic performance in his final race for Lotus F1 with a sterling effort from P18 on the grid to P9 at the chequered flag in the final race of the 2015 FIA Formula 1 World Championship at Yas Marina Circuit for the Abu Dhabi Grand Prix. Grosjean worked his way through the field with a superb driving display backed-up by exemplary pit stops and superb strategy. Pastor Maldonado was eliminated from the race on the first lap as a victim of an incident for which Fernando Alonso was penalised.

Lotus F1 ends its 2015 FIA Formula 1 World Championship season in sixth position in the Constructors’ Championship with 78 points. Grosjean started from P18 on the grid on new Pirelli soft compound tyres (he qualified P15 but received a five place penalty for a gearbox change, but other factors elsewhere bumped him up the order). He changed to new soft tyres on lap 23, then new super softs on lap 43. Maldonado started from P13 on new super soft tyres but was eliminated from the running at the first corner.

Romain Grosjean, P9, E23-04. Championship position P11, 51 points:
“It’s been an emotional journey for me and I’m so happy to be able to reward everyone at Enstone with points in my final race for the team. I had to push all the way and it wasn’t always plain sailing as there was a lot to manage on the car. The calls from the pit wall were great and my pit stops were fantastic. I owe a lot to this team and it really feels like a family to me. I hope to be back one day in the future. This has been the best season of my career.”

Pastor Maldonado, DNF, E23-03. Championship position P14, 27 points:
“It’s sad to end the race in the first corner because we were looking good for the race. Today we had a good strategy to go with our better race pace, but anyway this is racing and it can happen. I didn’t see the contact I just felt it in the back of the car from Fernando. I tried to restart but then I saw the suspension damage. Imagine if that incident had been the other way round, it would’ve been big news then!”

Federico Gastaldi, Deputy Team Principal:
“2015 has been an incredible year for us for so many reasons and I must say a massive thank you to everyone who has supported us through what has been a character-building season. The resolve of everyone at Enstone has been tested, but we have come through. Today’s race was illustrative of the fighting spirit of Enstone and Romain did us proud in his final race with us. Pastor was the victim of someone else’s incident so couldn’t end the season as he wanted. Our focus is now completely on 2016; watch this space, there’s plenty more to come.”

Alan Permane, Trackside Operations Director:
“Romain drove a superb race and it’s a testament of all the hard work that’s been put in under difficult conditions over the year from everyone in the team that he could finish in the top ten in the final race of the season. Our relative pace today was much better than in qualifying and we were able to harness a strong strategy to move up the order. Pastor was very unfortunate at the start as he had looked strong all weekend here.” 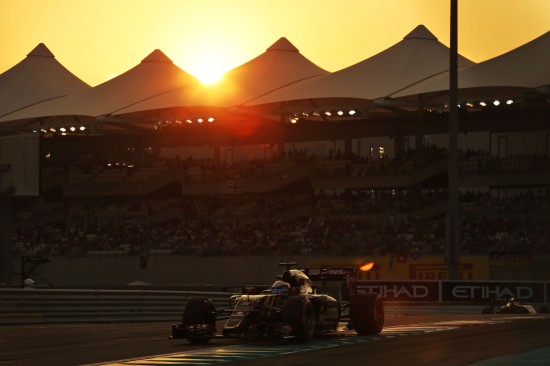 Romain Grosjean (and below) 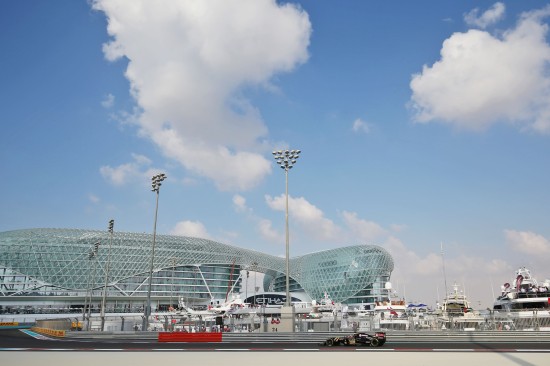