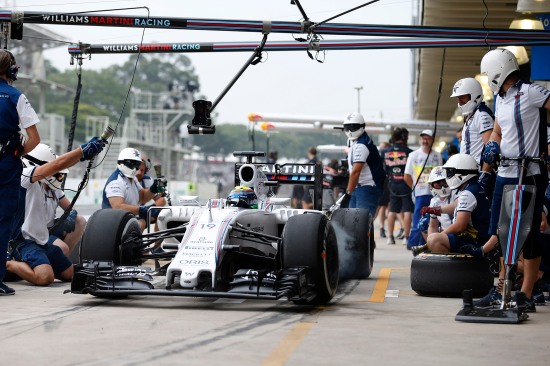 Valtteri Bottas finished fifth and Felipe Massa eighth in today’s Brazilian Grand Prix. Bottas made a brilliant start to regain two of the three places he lost to a grid penalty. He settled into P5 from the first lap and made a two-stop strategy work. Massa ran in the battle for P6 all day with Hulkenberg and Kvyat. He was unable to find a way past so gambled on a late pit stop for fresh tyres, but was unable to close the gap before the end.

Williams has sealed third place in the constructors’ championship for the second successive season. The race stewards excluded Felipe from the results after his right rear tyre was believed to be in excess of the 110-degree Celsius limit prior to the race. The team has served notice of an appeal.

Rob Smedley, Head of Performance Engineering: “We have achieved our primary target for the season which was to retain third in the constructors’, showing a marked improvement compared to where we were a few years ago. We’ve shown consistency in consolidating that position and the team has worked very well to achieve that. Today’s race was not what we wanted, we just didn’t have enough pace. Valtteri was able to get past Hulkenberg and Kvyat in the first stint and show the car’s true pace, while Felipe was unfortunately caught behind them for most of the race and unable to do the same.”

Valtteri Bottas: “The start was the most exciting part of the race for me as I gained a few places. After that I just had to maintain the tyres and make them work on a two-stop strategy. We were missing pace today so we need to have a look at why and improve for Abu Dhabi. I am so proud of the team to get P3 in the constructors’. We are competing against teams that are much bigger than us, and in some cases beating them, which is really cool. The guys at the track and in the factory have done really well this year, so a massive thank you must go to them and also to Mercedes HPP for a really strong power unit. We want to win though, so next year we must continue to make that step forward.”

Felipe Massa: “The atmosphere is always fantastic here, it’s a great feeling from the people. Unfortunately my race today was not anything to compare with the atmosphere. I was struggling all weekend with lap time. I started eighth and finished eighth, so there isn’t much to say. It was a frustrating race for me. We just need to finish the championship on a high now, with a much better result than I had here.” 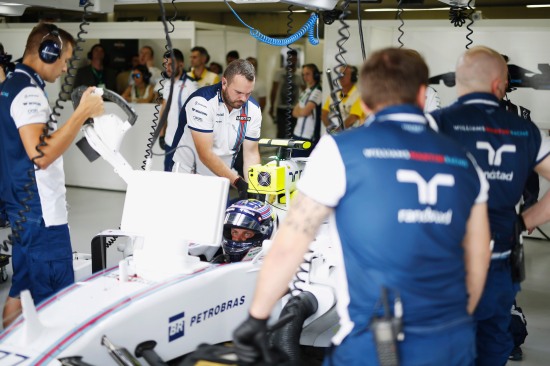