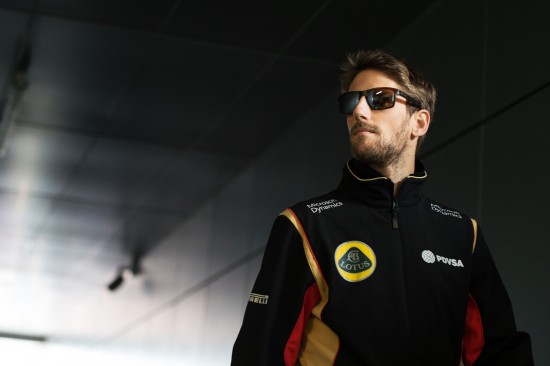 Romain Grosjean emerged unscathed from a high speed tangle with the barriers whilst Pastor Maldonado finished in eighth in today’s Russian Grand Prix. Grosjean had been fighting back from a pit stop to replace his front wing after a first lap contact before hitting the barriers and retiring on lap 12.

Romain Grosjean, DNF, E23-04:
“I lost the rear end in a very high speed corner going through turn three and couldn’t recover it. We don’t know exactly why yet. We need to check what has happened – was it a driver error or something technical? – we’ll see. I feel sorry for the guys because there will be a lot of work to repair the car. I feel okay physically and I’ll certainly be a bit sore tomorrow morning, but I’ll be completely fine again after a couple of days. We lost some good points today but let’s understand what happened and look forward to the next race.”

Pastor Maldonado, P8, E23-03:
“It was a bit tough today but we opted for the right strategy from the beginning starting on the soft tyres and going longer on the first run. Unfortunately we lost a lot of time on the second stint with the new super soft tyres. Our car didn’t perform as expected at the beginning of the run but then after a few laps we started to get back into the rhythm. We scored points today which is very positive for the team and hopefully we can continue to do so in the next races.”

Federico Gastaldi, Deputy Team Principal:
“The most important thing from today is that Romain’s okay after his crash. We were all very relieved when we saw him jump out of the car and he was his usual happy self when he came to the garage to tell everyone about what happened. Pastor had a solid race into the points from a less than ideal starting position so a good performance from him.”

Alan Permane, Trackside Operations Director:
“We are looking at the data and speaking with Romain to ascertain what happened but obviously we’re glad all the safety measures did what they should. Pastor was able to make progress in a race that saw a reasonable amount of incidents. Not our strongest weekend so we’ll be looking to do better in Austin.”

Pastor Maldonado (and below) 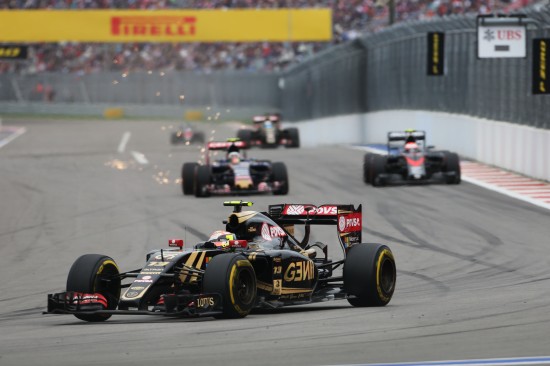