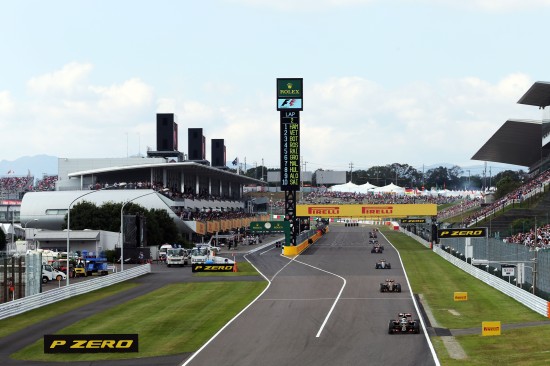 Romain Grosjean, P7, E23-04:
“We finished with both cars in the points so I’m definitely happy with that! When it came to my own race we were a little bit slow against the Force India. We tried to fight Nico Hulkenberg but couldn’t. I really struggled with the tyres at the end – it seems the new Pirelli limits hurt us more than our rivals so we’ll work around that for the next race. Overall though, we’ve had a good result as a team.”

Pastor Maldonado, P8, E23-03:
“It was a good race for us and we really deserved a happy result today after pushing hard all weekend. It’s a shame we weren’t able to keep Hulkenberg behind us so we’ll review the strategy and performance to see if there was more we could have done. The team has been united all weekend, we scored some nice points and we’re looking forward to the rest of the season.”

Federico Gastaldi, Deputy Team Principal:
“It’s a great result for all of the team after a reasonably challenging weekend. It just goes to show that you can never discount an Enstone team no matter what the circumstances. We have to say thank you to all the crew at the track for working through a slightly unusual situation as well as thank you to Bernie for his help behind the scenes. We’re looking forward to continuing to fight back in Sochi.”

Alan Permane, Trackside Operations Director:
“It’s great to get both cars solidly in the points and score more than our immediate championship rivals Force India and Toro Rosso. Force India looked stronger than us in the race and we didn’t have the pace to match Hulkenberg today. It was nevertheless a good performance from both drivers and the entire team.”