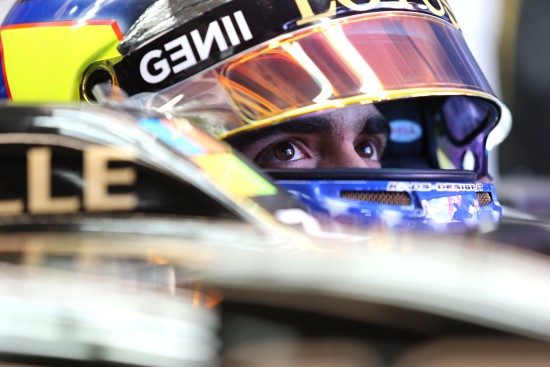 Grosjean started from P15 on the grid on fresh super soft compound tyres, changing to new soft tyres on lap 17. Maldonado started from P8 on the grid on his qualifying super soft tyres before retiring with five laps completed. Grosjean drove a distinguished Monaco Grand Prix to fight back into a point scoring position from his P15 start, but ultimately finished 12th after an overambitious move from a rival driver, whilst Pastor Maldonado suffered from a suspected hydraulic leak meaning he had to retire from the race.
(Lotus F1 ran with branding for the creative force that is Pharrell Williams in today’s race to highlight the start of a new global collaborative marketing partnership between Lotus F1 Team and Pharrell Williams).

Romain Grosjean, P12, E23-04: “I didn’t see much of the accident with Verstappen, just his car flying past me in the air! Overtaking in Monaco is difficult and I think he gained that bit of experience today. It’s good to know he’s okay, as it was a bit dangerous for both of us, and it cost us what would have been a hard-earned point. Until then my race had been going pretty well when you consider where we started. The car felt good and the strategy was working well. After the accident, I turned around which established all four wheels were there, then looked in the mirrors to see if the rear wing was still there too, then got on with my race.”

Pastor Maldonado, DNF, E23-03: “I had a problem with the brakes and I could feel the pedal pressure wasn’t right from very early on and that compromised our race from the off. It got worse and worse so we had to retire the car. It’s a shame for the team, we had a good car here, very good pace for the race and I think a strong strategy. There’s potential in the car, we just need to carry on, work hard, and look forward in the championship.”

Federico Gastaldi, Deputy Team Principal: “What a frustrating day for both our drivers. Pastor was in a great position to score well but a technical issue meant he had to retire. Romain was also looking like getting a point after his penalty-place start but was robbed of that by an incident. The positives are that both drivers remain optimistic and full of praise for the car. Monaco is always a unique event and for us. We started something special with our new relationship with Pharrell Williams. We’re looking forward to Canada for many reasons.”

Nick Chester, Technical Director: “With Romain we did all we could with strategy to assist him to move up the order, and he was in 10th position after starting 15th, but he was taken off by Max Verstappen. For Pastor it was a real shame as he was in a strong position with a quick car with seventh position looking like a strong probability. Unfortunately he suffered from what looks like was a hydraulic leak which meant we had to retire him. Despite less than positive results here, we could see good pace from the E23, meaning we’re quietly confident heading to the next races.” 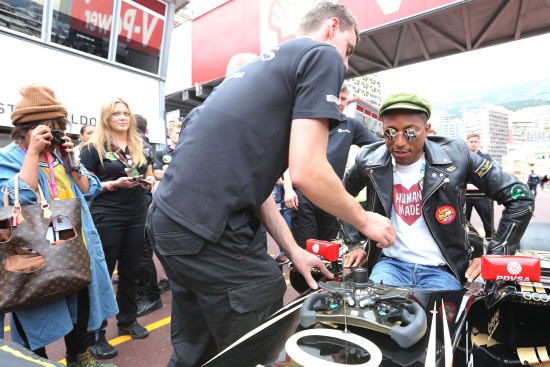 Pharrell Williams, the American singer-songwriter with the Lotus F1 team – as if the man needs any introduction. But you may not know.. 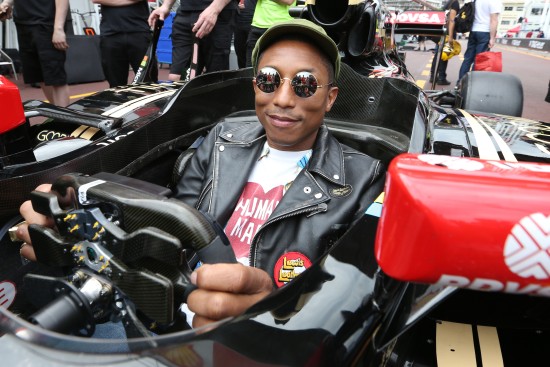