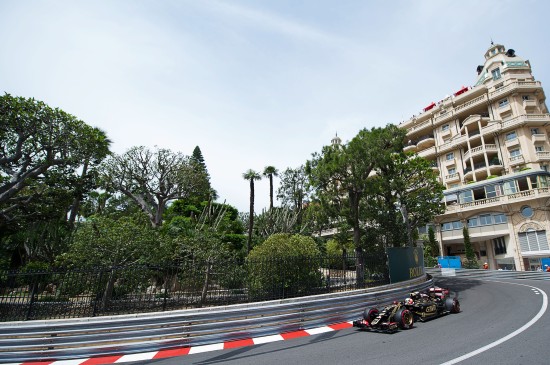 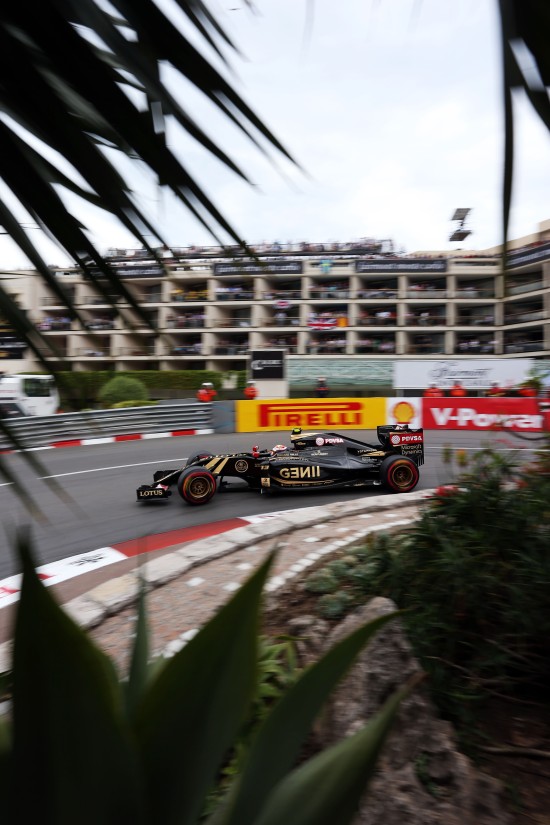 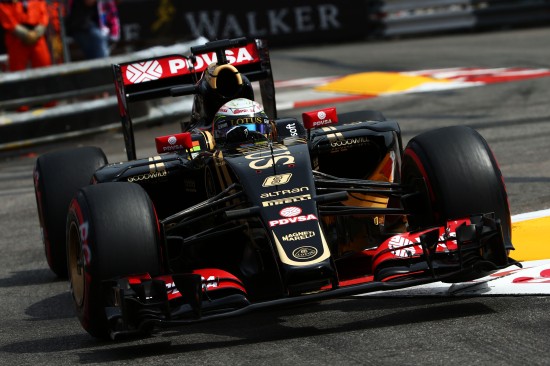 Pastor Maldonado placed ninth and Romain Grosjean 11th in today’s qualifying for the Monaco Grand Prix. Clouds rolled in over the hills ahead of the session, but the track remained dry, save for a gentle smattering of spots during the course of the top 10-deciding Q3 as Maldonado out-qualified Grosjean for the first time in 2015.

Maldonado’s time of 1min 16.946secs was just 0.015secs away from the P8 position ahead. Grosjean was due to start from P16 as he has a five-place grid penalty for a gearbox change, which now becomes P15 following a penalty for Toro Rosso’s Carlos Sainz, with Maldonado promoted to eighth place.

Romain Grosjean, E23-04. Q: P11, 1:17.007. FP3: P10, 1:17.806
“I made a mistake on what should have been my fastest lap in Q2 and I was aiming for a much better lap time which would have put me in the top ten. Basically I locked a wheel heading into turn fifteen and went straight on which lost me about four tenths. The car is looking good for the race, even if I have it all to do with my penalty meaning I start from P15 on the grid.”

Pastor Maldonado, E23-03. Q: P9, 1:16.946. FP3: P12, 1:17.956
“That was not too bad. The car felt better from this morning as we made some beneficial changes. I think we could have done better, but we had to hold the car a while to get some track space for the final lap and that meant that everything cooled a little. P8 is a strong position to start from and I have a feeling that tomorrow will be a good race for us.”

Alan Permane, Trackside Operations Director:
How was qualifying for the team? “We’re reasonably happy, although we always want a bit more and it would have been good to be ahead of both of the Toro Rossos and Force Indias for the race tomorrow. Pastor did a great job to get into the top ten whilst Romain will have a tough race through qualifying in eleventh position then getting a gearbox penalty which drops him five places.”

What are the considerations for tomorrow’s race? “Ensuring clean laps, avoiding any contact with the barriers and other cars is particularly relevant here. With Pastor, it’s a case of trying to make positions whenever possible against similarly paced cars. Romain on the other hand will be around much slower cars at the start so we will look at what we can do strategically to assist him to move forwards as soon as possible.”