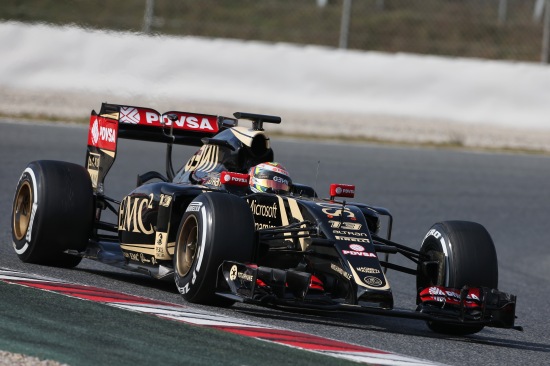 Lotus F1 ended the final day of pre-season testing early after a systems issue compromised Pastor Maldonado’s braking into turn four resulting in him making contact with the barriers. Maldonado had previously completed 36 laps, mainly aero and comparison work. With the E23 hybrid requiring a reasonable amount of rectification work for the damage sustained to the front wing and front suspension, the team opted to end the day’s running early. Maldonado’s best time from the morning assessment was 1min 28.272secs.

Pastor Maldonado: “It was a shame to end the day early, but that was the only issue we’ve had like this during testing so we can look to the positive that we have a lot of information to take the car in the right direction. My braking was compromised coming into turn four, meaning I went off the track and hit the barriers. I was able to brake and slow, just not as much as the maximum otherwise possible. The car was not too badly damaged and I am fine, but it’s a shame we had this issue as we would have been looking at running the softer tyres in the afternoon and putting in some fast laps. I’m looking forward to getting back in the car in Melbourne as I think we have good potential this season.”

Nick Chester, Technical Director: “Certainly ending the final pre-season test in the barriers was not part of our game plan, but overall we’ve had a productive two weeks here in Barcelona following on from our initial outing in Jerez. Pastor was unfortunate to have a braking-related issue which meant he wasn’t able to slow sufficiently into turn four and the car was damaged. There was nothing Pastor or any driver could have done to avoid this accident which was systems related and we’re investigating thoroughly to ensure it doesn’t happen again. We now have a quick turn-around to get the car back to Enstone, then shipped out to Australia at the end of the week. It was a pity we weren’t able to run any low fuel laps later in the day. We are looking forward to Melbourne where we will get a full picture of the relative pace of the E23.” 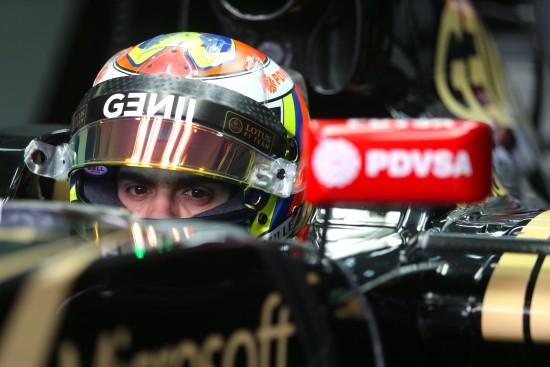 Rod Nelson, Chief Test and Support Engineer: “Today’s programme was similar to yesterday, as we try to get the drivers in the best position before heading to Australia. Due to this the focus was more on performance with a mixture of long and short runs rather than just reliability work. Both drivers have worked extremely hard throughout the test and the entire team have worked very well together. We are really looking forward to Melbourne.”

Valtteri Bottas: “It was a really good day and a great way to finish the test. One of the main points we have learnt is that the FW37 is very reliable. The car we are taking to Melbourne is very competitive and should make for an interesting start to the season. We have made the most out of our time testing and I need to say a really big thanks to the team, not only trackside but also everyone back at the factory as they have produced a really quick and reliable car.”

Winter testing came to an end with another productive day for Sahara Force India. Sergio Perez completed his first miles in the VJM08, clocking 130 laps at the Circuit de Catalunya-Barcelona.

Sergio Perez: “My first day in the car has been a good one, with a very high number of laps and a good atmosphere in the team. It’s no secret that we have some catch-up to do but I am optimistic: the team has a clear direction to work towards and we have been able to collect a large amount of data in such a short time which will help all those working back at base. Every run we do, here or at the races, teaches us a lot and moves us closer to where we want to be. Now we must focus on Melbourne: I am really excited about going racing again, the first race of the season is always a special one and one to which you really look forward since the end of the previous season.”

Tom McCullough, Chief Race Engineer: “Our pre-season testing comes to an end with a solid 130 laps. Today was Sergio’s first day in the VJM08 and, as he got accustomed to the new car, we continued our work of understanding its behaviour, trying various set-ups in both performance and long runs. All we have done in these tests in Barcelona will help us prepare for Melbourne, and even though we may arrive with less mileage than others, we have gathered lots of valuable data. We are making rapid progress with the car and we have a lot of material to analyse back at the factory ahead of the first flyaways. This last week’s work highlights the spirit of this team: credit must go to everyone involved with the design, manufacturing and assembly of the car. It has been a massive effort from everyone in the team and to get so many laps is testament to the great work done by all.”