Some stunning images for you – just had to share them. If you hadn’t realised icebergs sometimes have stripes, then here’s the proof.

Stripes are formed by layers of snow that react to different conditions.

Blue stripes are often created when a crevice in the ice sheet fills up with melted water and freezes so quickly that no bubbles form. When an iceberg falls into the sea, a layer of salty seawater can freeze to the underside. If this is rich in algae, it can form a green stripe. Brown, black and yellow lines are caused by sediment, picked up when the ice sheet grinds downhill towards the sea.

The spectacular images below were taken by Norwegian sailor Oyvind Tangen several hundred miles north of the Antarctic. 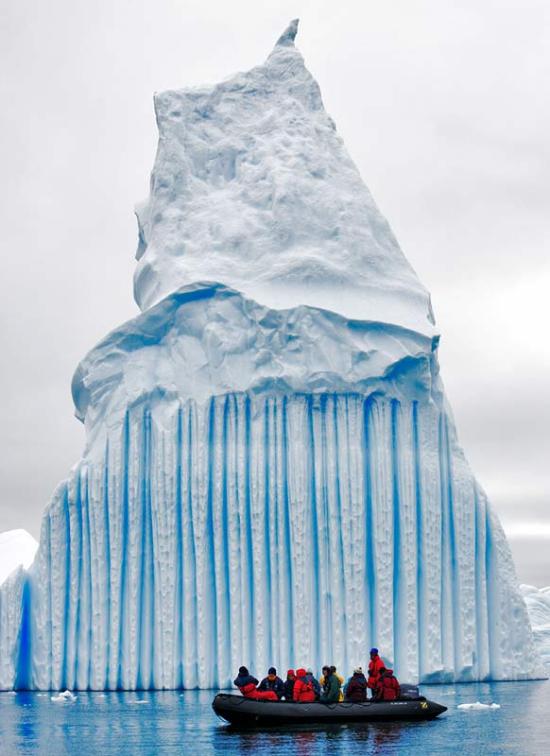 The images below, snapped by scientist Tony Travouillon, show ice formations created by glaciation, melting and refreezing, and other natural forces, over very long periods of time. 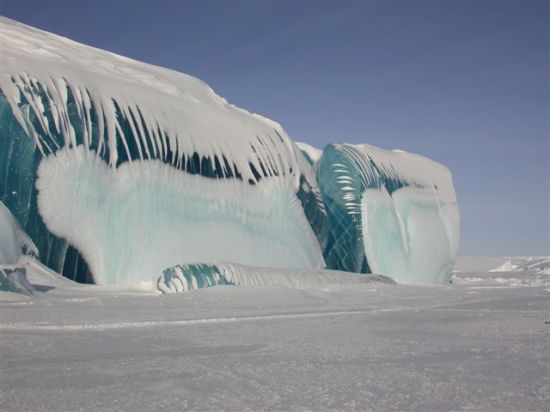