My colleagues at Oxford Brookes University Boat Club are trying to raise £1 million to extend their boathouse on the River Thames. For Oxford Brookes to maintain its position as one of the five feeder squads to the British team, the Cholsey boathouse near Wallingford must be modified to meet the ever-growing training demands. 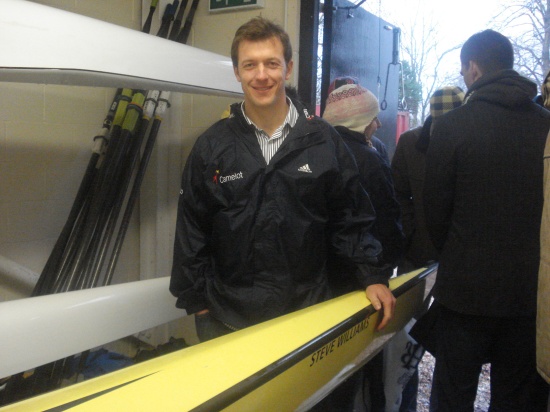 OBUBC has produced some of the best rowers in the world and has the strongest undergraduate rowing squad in the country.

By backing the Boathouse Campaign you have the chance to push Great Britain towards even more glory in London 2012, and add to Oxford Brookes’ tally of Olympic gold medals won by Ben Hunt-Davis, Fred Scarlett and Rowley Douglas at Sydney, and Steve Williams at Athens and Beijing.

The team’s year-on-year success under Coaching Director Richard Spratley means more room is needed to store world-class boats and build land-based training facilities. Expanding the boathouse will bring a number of vital facilities under one roof, including a gym housing rowing machines as well as warm-up and cool down areas required by world-class performers.

Oxford Brookes’ rowers train for up to 25 hours a week. They currently divide their schedule between river-based training and a land-based rowing suite in the University’s Centre for Sport 14 miles away. The new building features larger changing rooms for the club’s male and female rowers. The squad has 50 elite athletes but changing facilities for just 12 men and six women. OBUBC is therefore planning to build the boathouse by this Christmas to give its rowers as much use of the new facilities as possible before London 2012. 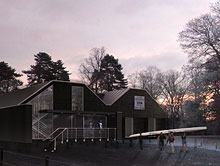 How the new boathouse will look