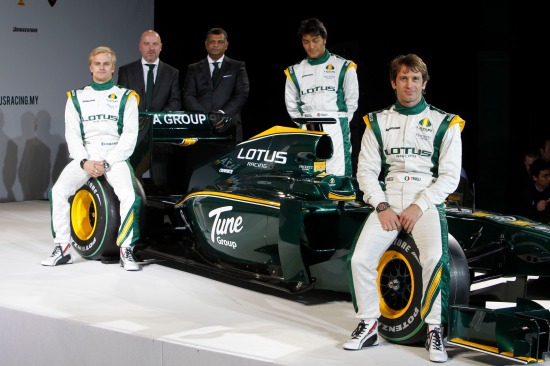 We were looking forward to watching four new teams earn their racing spurs in F1 this year. But the USF1 team is coming apart at the seams – or so it appears, Spain’s Campos Meta F1 is undergoing a major financial restructuring, and Serbia’s Stefan GP is still without an official Championship entry (it may end up using USF1’s if the team goes belly-up). Whoops – forgot Virgin Racing. More of them in a later post. However, it seems to be a very different story at Lotus F1 – now back where it belongs for the first time in over 15 years. Post testing the Type 127 (‘T’ 127 at the launch) in Jerez, on Monday Malaysia’s longest serving Prime Minister and one of Asia’s most influential political figures, Tun Dr. Mahathir, officially opened the team’s factory. The day after, HRH The Duke of York turned up for a tour of the facility.
Lotus Racing was officially born on 12 September 2009 when the FIA granted the new team its entry into the 2010 FIA Formula One World Championship. Headed up by Team Principal Tony Fernandes, supported by Chief Technical Officer Mike Gascoyne and Chief Executive Riad Asmat, the team has made its base in Hingham, near to the home of Group Lotus just a few miles up the Norfolk roads in Hethel.

“What is perhaps less well recognised is that the Duke was one of the primary catalysts behind our substantial capital investment here in Norfolk. Indeed it was thanks to the Duke’s advice in June of 2009 that we began another extraordinary partnership between Malaysia and the United Kingdom that has culminated in the successful entry and creation of the Lotus Racing T127.” 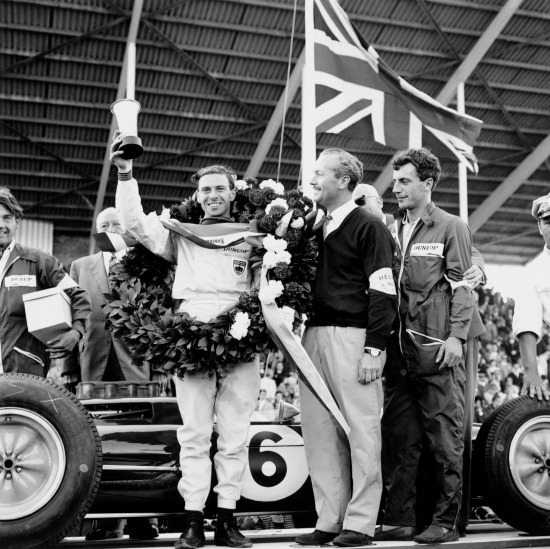