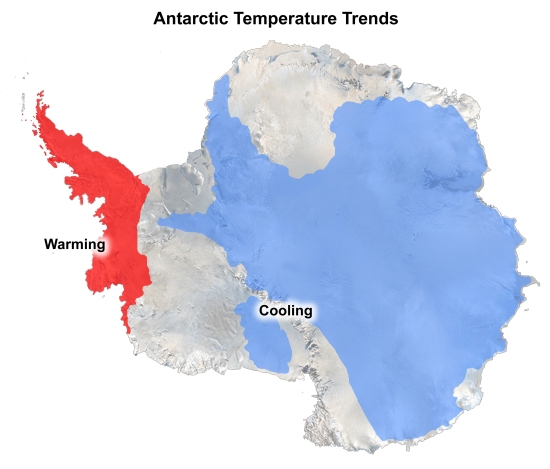 A new study of Antarctica’s climate history shows that in some brief warm periods between ice ages, temperatures were up to 60°C warmer than today. The findings could aid our understanding of rapid climate changes.

Scientists from the British Antarctic Survey (BAS), the Open University and the University of Bristol, explain that until now temperatures during the warm periods between ice ages – known as interglacials – were thought to be slightly warmer than those of the present day.

However, some brief spikes in temperature – which recur roughly every 100,000 years and last a few thousand years – seem to have been a lot warmer.

It is quite difficult to reconstruct temperatures from long ago. Although it is generally accepted that the climate was warmer 125,000 years ago, the BAS’ results suggest it was much warmer than previously thought.  It will be interesting to see if other studies agree with its findings.

Ice cores from East Antarctica contain the oldest drilled ice on Earth, and provide a unique record of past climate.  Analysis of the ice cores has revolutionised our understanding of how Antarctic climate has varied in the past. The BAS’ ice core scientist Eric Wolff, a world-leading expert on past climate, says:

During the last warm period sea level was around five metres higher than it is today. If we can pin down how much warmer temperatures were in Antarctica and Greenland at this time, then we can test predictions of how melting of the large ice sheets will contribute to sea level rise.