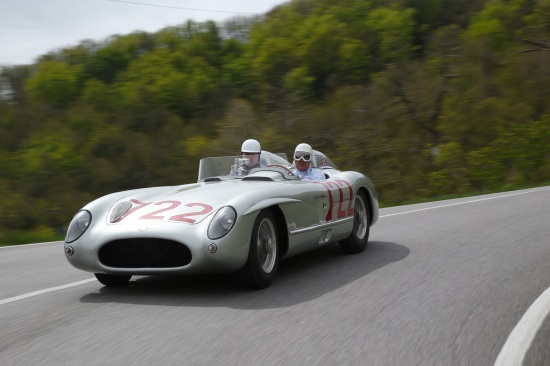 Mercedes-Benz Silver Arrows dominated race tracks around the world 60 years ago – winning in Formula One and the World Sports Car Championship in what were, at the time, the fastest and most advanced machines ever created – the mighty W 196 series racing cars.

Now, using cutting-edge filming techniques, there’s the chance to experience what it must have been like to wrestle the Silver Arrows in vivid, 360 degree films, packaged into an app and now available to download in the Android Store and via iTunes. Search for ‘Mercedes Classic’.

Using the accelerometers in a tablet or phone, you can change the angle you view the action from by simply moving the device – creating an interactive film that can be viewed from any angle, and relayed realtime.

In the app, you’re given the chance to ride alongside Sir Stirling Moss in his 300 SLR ‘722’ as he’s reunited with the same car in which, 60 years ago, he won the Mille Miglia in 10 hours, 7 minute and 48 seconds – a record time that’s never been broken.

Alternatively, you can hang on tight as a W 196 R Streamliner is taken around the famous banking at Monza – two camera views allowing you to experience the epic noise made by the straight-eight engine.

The launch of the app coincides with a packed weekend for Mercedes-Benz at the Goodwood Festival of Speed, as nine of the surviving W 196 series racers are on display – with six of them taking to the Hill. 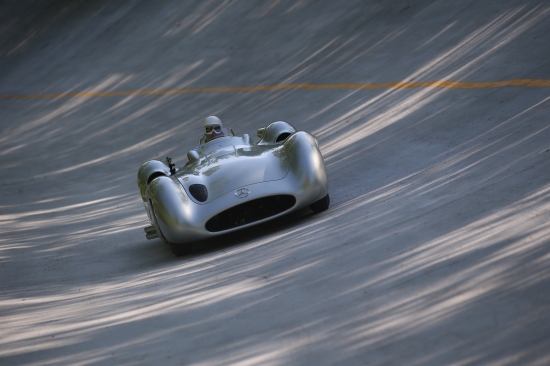